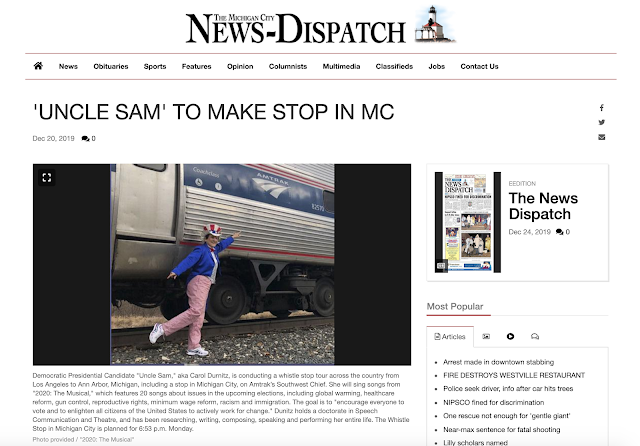 The conductor reported members of a group at the station wanted to meet me and were disappointed when they were told it was not possible. Once the train was on its way to the next stop, the conductor came to tell me what had transpired. He and the assistant conductor were clearly amused that they had a “celebrity” on board when they relayed the wishes for good luck and success tendered by the crowd at the station.
Posted by Carol Dunitz at 1:01 AM