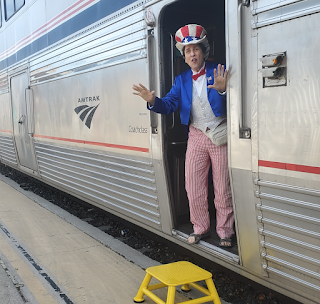 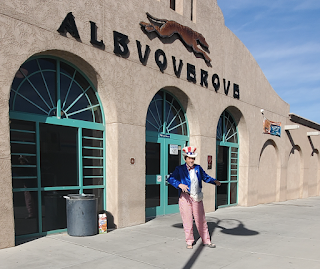 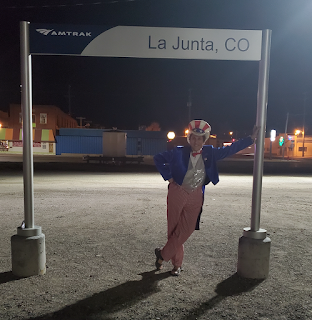 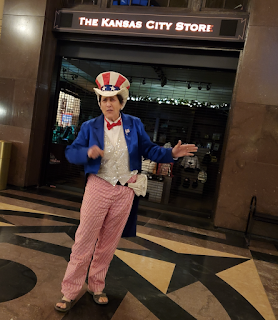 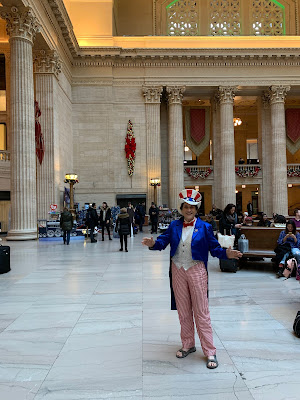 I had planned to make appearances while I was on the Wolverine train from Chicago to Ann Arbor. Unfortunately the train left late, which meant major stops along the route (Michigan City IN, Kalamazoo MI, Battle Creek MI and Jackson MI) lasted about two minutes each, which precluded leaving the train. A group of disappointed fans in Michigan City wanted to board the train to meet me but the conductor told them there was no time. The conductor seemed amused when he relayed their good wishes to me, pleased to have a "celebrity" on board.
Posted by Carol Dunitz at 1:56 AM