Guess who was on the campus of Otterbein University in Westerville, OH yesterday? I arrived around 1:30 in the afternoon when things were still relatively quiet. There was a designated area for protesters and others with political agendas. As it turned out, there ended up being more action downtown at State and Main.

By 4:00 PM more people started to arrive -- including press -- local and from far away. When I was in Houston for the third Democratic debates, I was surprised when a photographer from the Bulgarian News Agency was there and took a picture of me. This time I was interviewed by a Korean news service and other reporters from around the country. I was also interviewed by several students from Otterbein University and a young woman starting a new feminist blog.

They say a photo is worth a thousand words. Photographers from Reuters, United Press International (UPI) and Associated Press (AP) were out and about at the debate scene. They among others filled my dance card. This shot was taken by a UPI Photographer. 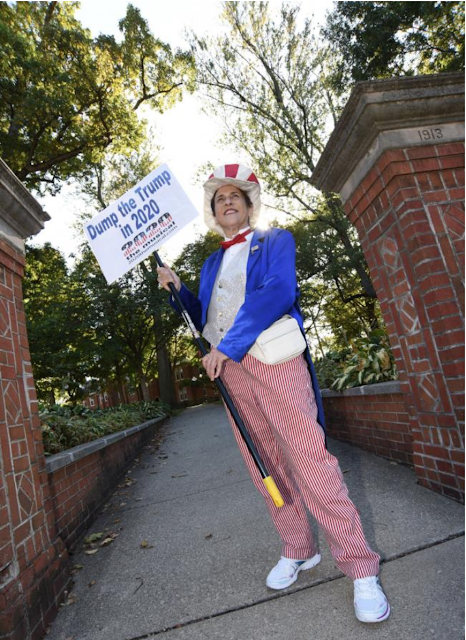 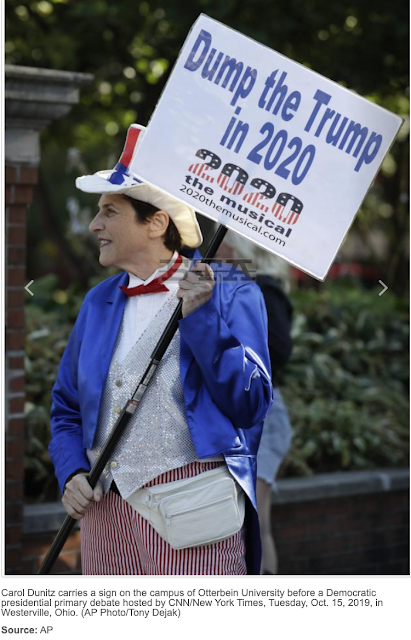 And here's one from the camera of a Reuter's photographer. 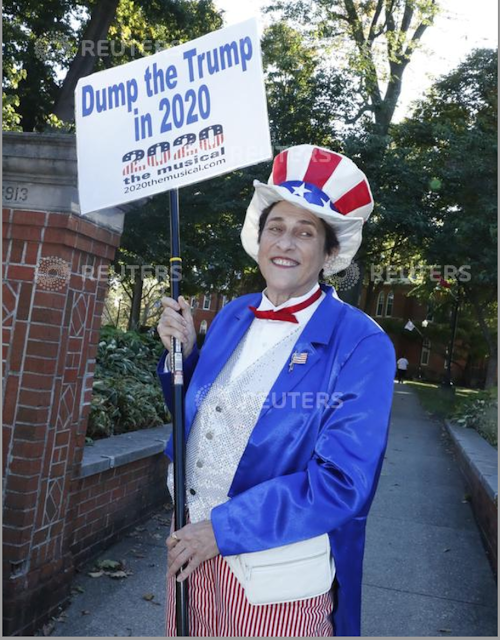 Lots of people snapped photos of me. Sometimes they asked friends or a bystander to take the picture so they could appear with me. A couple from Boulder, CO (Steve and Jane), who I had met in Houston were there with a huge air balloon promoting democracy. Here's a photo of Steve and me. You can see the ropes and the bottom of the balloon in this photo. I was on my feet for about seven hours. He was, too, and explained his arms did not get tired because the balloon was holding them up! 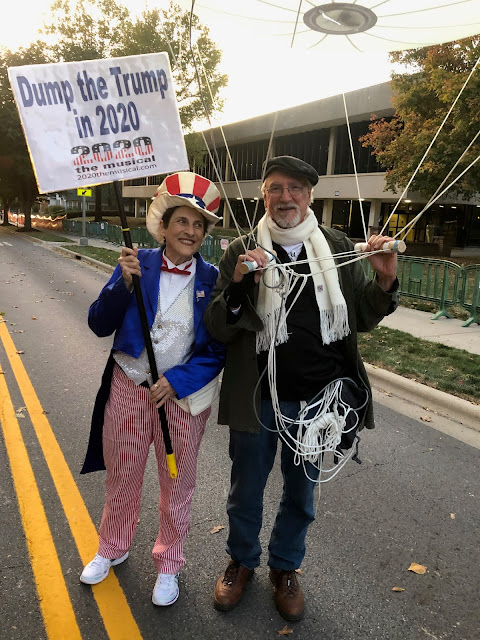 Up on State Street I posed with a couple sitting on the back of their truck who had signs that echoed mine. 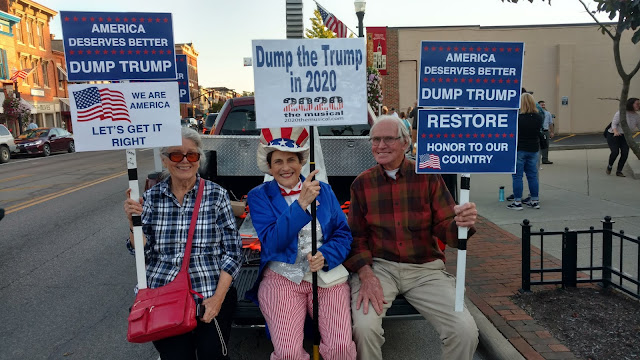 I actually ran into a number of people I have met at other events in Detroit, Houston, Ann Arbor, Kent OH and more. I'm easy to remember because I'm the woman wearing the Uncle Sam suit.

In the evening, I went to a Democratic Debate watch party at Dewey's in downtown Columbus with Elizabeth Warren volunteers. I had a lot of fun yesterday and managed to get some publicity for 2020: The Musical. The toughest part of the day was remembering I was in Ohio State University territory and had to restrain myself from saying, "GO BLUE." :)