Guilty of Being Poor?

I had to do a lot of research to create 2020: The Musical. Each song revolves around a different topic -- so twenty topics had to be fully researched. Eh Boy, the song that relates to criminal justice reform, takes place in a jail and is told through the eyes of a black inmate. His comments reference many of the issues that need to be addressed.

Last night there was a panel discussion in E. Lansing, MI about pretrial detention. I decided to make the drive to the home of Michigan State University (arch rivals of the University of Michigan based on a football rivalry) to see if I could learn more. I could and I did.

Everyone was so warm and friendly. The first person I met, Trudy Bower, introduced me to some of her friends. 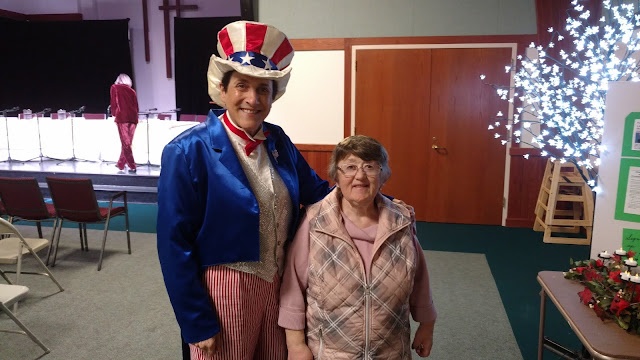 The discussion was part of the Truman Lecture series held at Edgewood United Church. The panel included Truman A. Morrison III (Senior Judge of the District of Columbia Superior Court and son of the man for whom the series in named), Carol A. Siemon (Ingham County Prosecuting Attorney), Cynthia M. Ward (District Judge, 54-A District Court), Shannon Schlegel (attorney), Takura Nyamfukudza (attorney), and Anethia O. Brewer (54-A District Court Administrator). Professor Michael Lawrence of MSU's College of Law was the moderator. 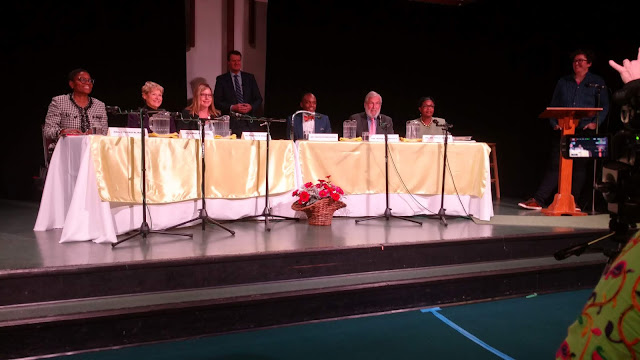 The program lasted for two hours during which time the panelists drew from their personal and professional experiences to shine light on the problems with pretrial detention and solutions that some jurisdictions like the District of Columbia and the state of New Jersey have devised. Other states are wrestling with a system that unjustly punishes the poor and will hopefully do away with money bail soon.
Posted by Carol Dunitz at 6:54 AM